With the every increasing media coverage facilitating the rising awareness of the important role grooms play in their rider’s success and none more so than ever of those who supported the Team GBR riders at the 2018 FEI World Equestrian Games, Tryon together with those who supported the Pony, Children Junior and Young Rider European teams as quite rightly they played such a big part in the overall success of Team GBR.

Nevertheless, so many grooms do not receive the acknowledgement they deserve for their hard work and commitment to the equines in their care, however, through the Haddon Training sponsored British Grooms Awards this provides an opportunity for these often unsung heroes of the equestrian industry to be recognised and rewarded.

Chris Hewlett, Managing Director of Haddon Trainingsaid, “Whilst the continuing media coverage is excellent in raising awareness of the valuable role grooms do play, particularly at elite level, I hope by sponsoring the British Grooms Awards it demonstrates the importance that is placed on all grooms who are the backbone of the equine industry and who very rarely get identified and recognised for all their hard work.”

The winning recipients in the five categories of the Haddon Training British Grooms Awards will be presented with their awards at the annual British Breeders Awards Dinner in London on Saturday 12th January 2019.

Amy Boynton, a senior groom at the World Horse Welfare Glenda Spooner Farm Rescue and Rooming Centre and the winning recipient of the Haddon Training British Grooms Award in 2018 said, “To win the British Grooms Award really meant a lot to me, as I was really shocked I that I had been nominated for such a prestigious award. With Haddon Training sponsoring the British Grooms Awards it really shows there is the recognition for the hard work all grooms put in day after day and working with animals can bring great joy but also heartache at times, which is not always recognised outside of the equine industry”.

Since Haddon Training began its sponsorship of the British Grooms Awards four years ago the overriding message from all the winning recipients is one of appreciation that there is now the opportunity for all hard working grooms not only to be recognised but also to receive the acknowledgment that they quite rightly deserve as they are very much the backbone of the equine industry and with the five categories that form the British Grooms Awards this allows for a wide spectrum of grooms to be recommended for these prestigious awards.

Nominations are now open and to nominate a candidate for one of the five categories of the Haddon Training British Grooms Awards, follow this link https://www.haddontraining.co.uk/equine/grooms-awards/for entry criteriaandto complete the online forms.

The British Breeders Awards Dinneris hosted and organised by the British Horse Foundation (BHF), to reward, draw attention to and celebrate the accomplishments of British-bred horses and ponies and will be held on Saturday 12thJanuary 2019 at the Grange City Hotel, London, EC3N 2BQ, 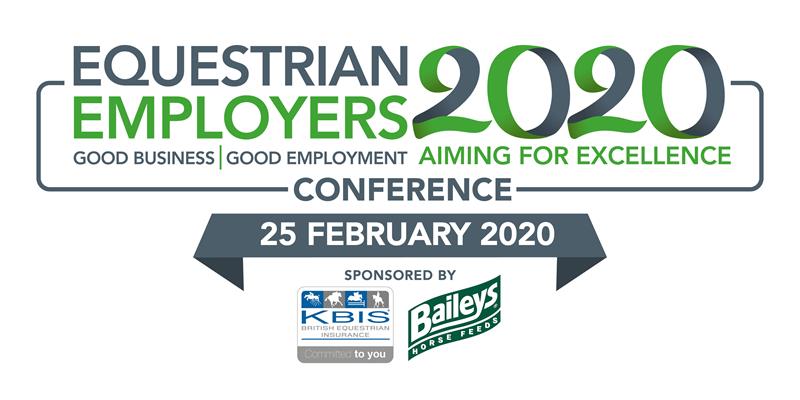 If you want practical advice and insight into running your business, so that you run a cost effective operation but ... 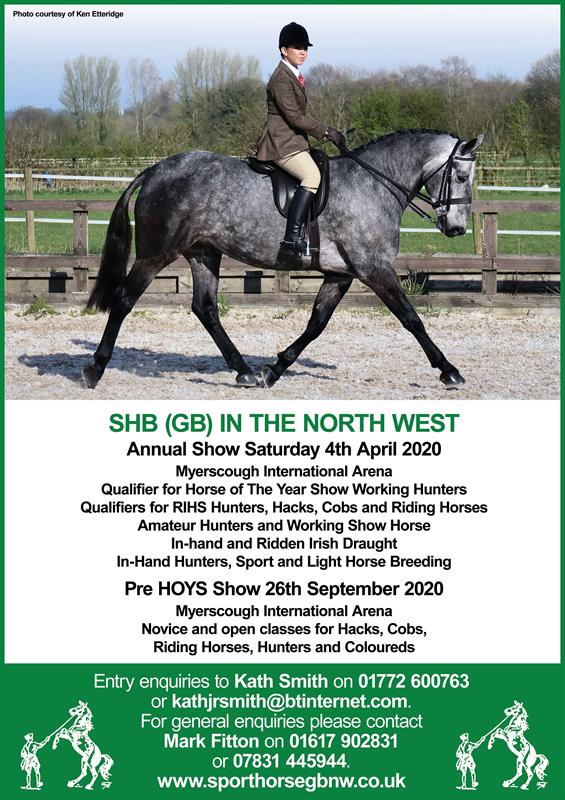 As a result of an error the following affiliated show was omitted from our 2020 Handbook and we apologise for ... 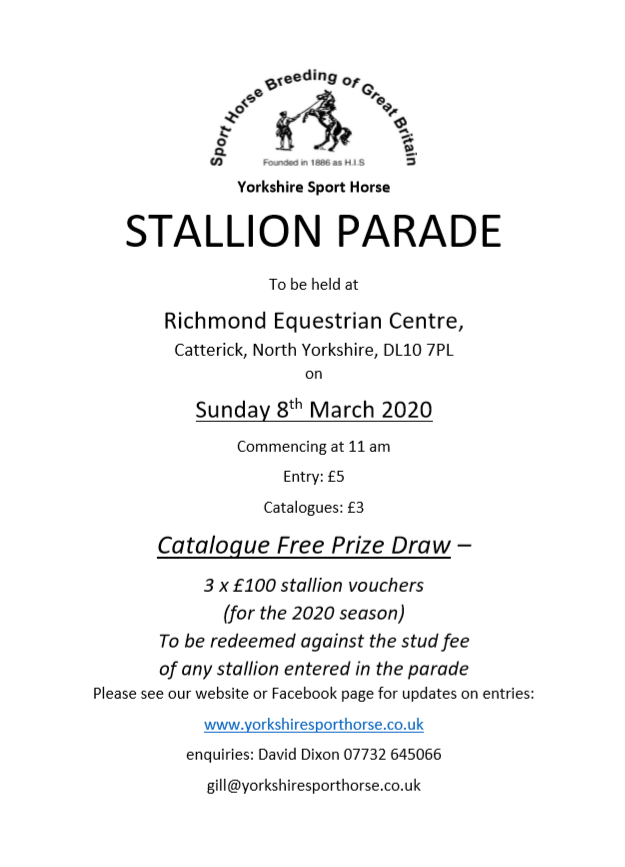 SHB(GB) in the North West - Save the Date

SAVE THE DATE Tuesday 3rd March 2020 SHB (GB) in the North West are pleased to announce a Lecture Demonstration: “Pre Season Show ...

The British Equestrian Federation acknowledges the diagnosis of a case of Equine Herpes Virus (EHV-1) at an equestrian centre in ... 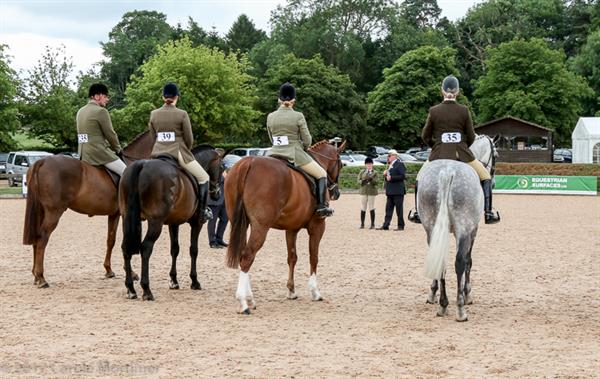 We are delighted to be able to announce that our speaker at the above seminar will be Dr Jane Hastie ...

The National Hunter Supreme Championship Show will be held at Addington Equestrian on Tues 7th, Wed 8th and Thurs 9th ...

The British Equestrian Federation (BEF) continues to monitor the outbreak of Equine Influenza (EI) and continues to urge all equine ...

For the latest update on the equine flu situation from the BEF (22nd February), please see: https://www.bef.co.uk/News-Detail.aspx… ...